Reality is ... triggered by the release of the Pebble SDK 2.0 on Feb., 3rd (iOS only, more on this later) and after more than 20 years of JVM based software development I willingful decided to write some C code again!!! 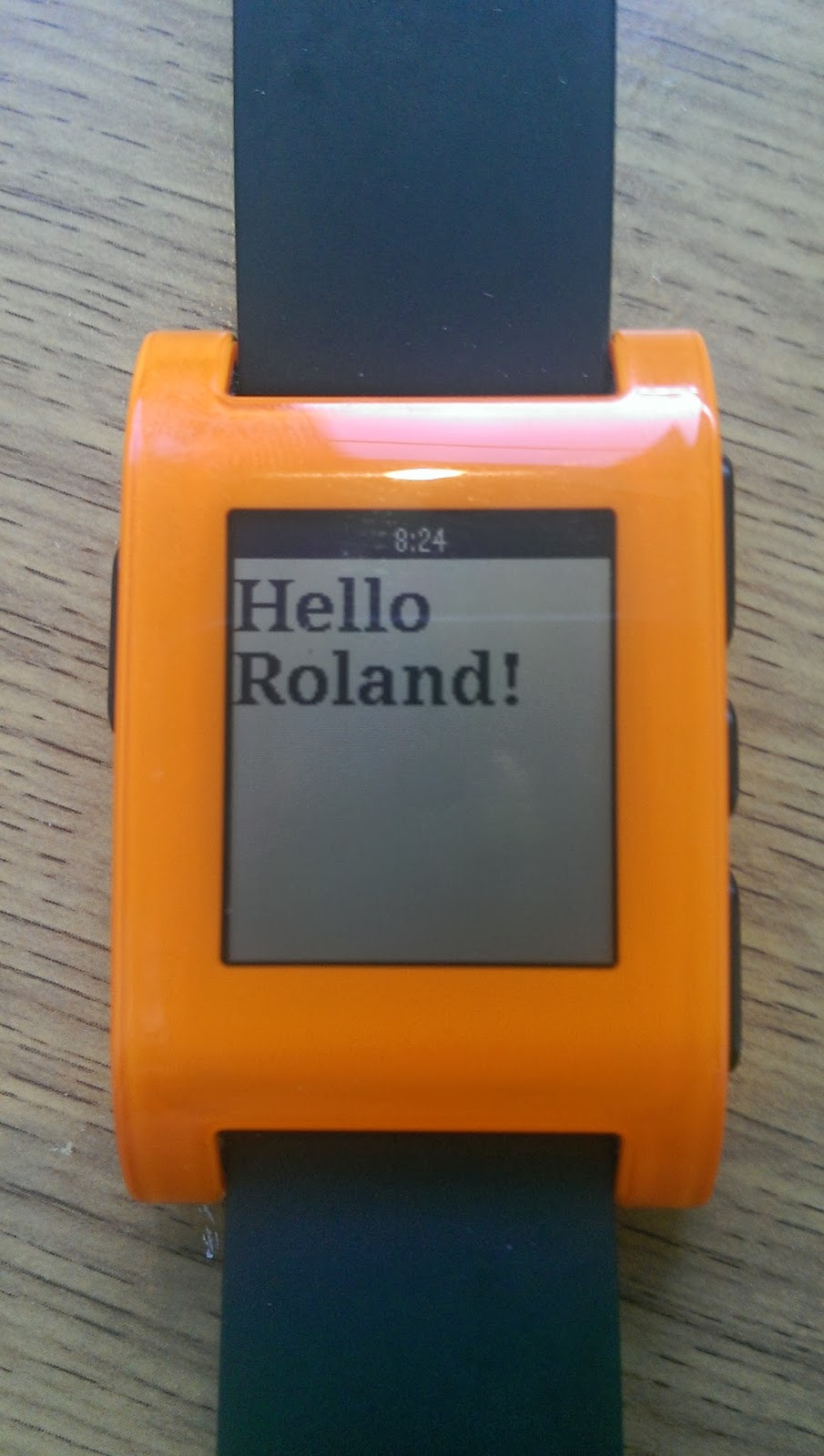 And I liked it. Mainly because of CloudPebble. As pointed out here, setting up a software development environment can be a daunting task. Not so with CloudPebble. Long term I will probably install the SDK, but to get something simple done fast and to experiment with the SDK and its capabilities it is a very interesting approach. Not to mention that it works using my ChromeBook.


As mentioned in the Video, at the current point in time, because the Android SDK is still work in progress, there are a couple of things that you need to do to make this work. Mainly you need to install the Pebble 2.0 App on your phone and you then need to upgrade the firmware on your Watch to 2.0. What worked for me was to download the .abk and the .pbz files to my phone, open the file manager of choice and then installing them by first opening the apk and then the pbz file. With that you should be all set. To get started I used a tutorial and modified it a little bit (playing around with fonts). I also hooked up my CloudPebble account to my GitHub account and the final version of the source code is available there.

Scala on a Chromebook? Yes, we can!!!

To become or not to become ... a Sunday with Scala and Actors

Teaching Scala @ TCD ... back to the roots