But this is not what this blog post is all about :).

While working on this Geoff and myself also decided that it is a good opportunity to sharpen the tools and take remote-first pair-programming to the next level.

There are (obviously) lot’s of solutions available (and more like VS live …), but … on top of being distributed systems and remote-first software engineering craftsmen, Geoff and myself also like our emacs (Emacs Makes All Computers Special).

And now it’s time to nurture the nerd …

We looked around and found a couple of good/interesting solutions to support pair-programming in/with emacs. At the end we decided to take a look at lockstep, togetherly and floobits.

We tried and tested this by setting up an AWS instance and then SSH into the instance and then starting multiple emacs sessions on the same file/buffer. We then also tried to start a/the main emacs(-daemon) on that box and tried to connect to it from our local boxes.

Disclaimer: We spend about an hour on every solution and if we were not able to make it work by then we moved on (means if we did not make something work and/or did not find all solutions to all problems, that’s probably our fault (or the other way around: the tools might have capabilities that we missed or were not able to make work)).

Here is (in no particular order) what we found/think … 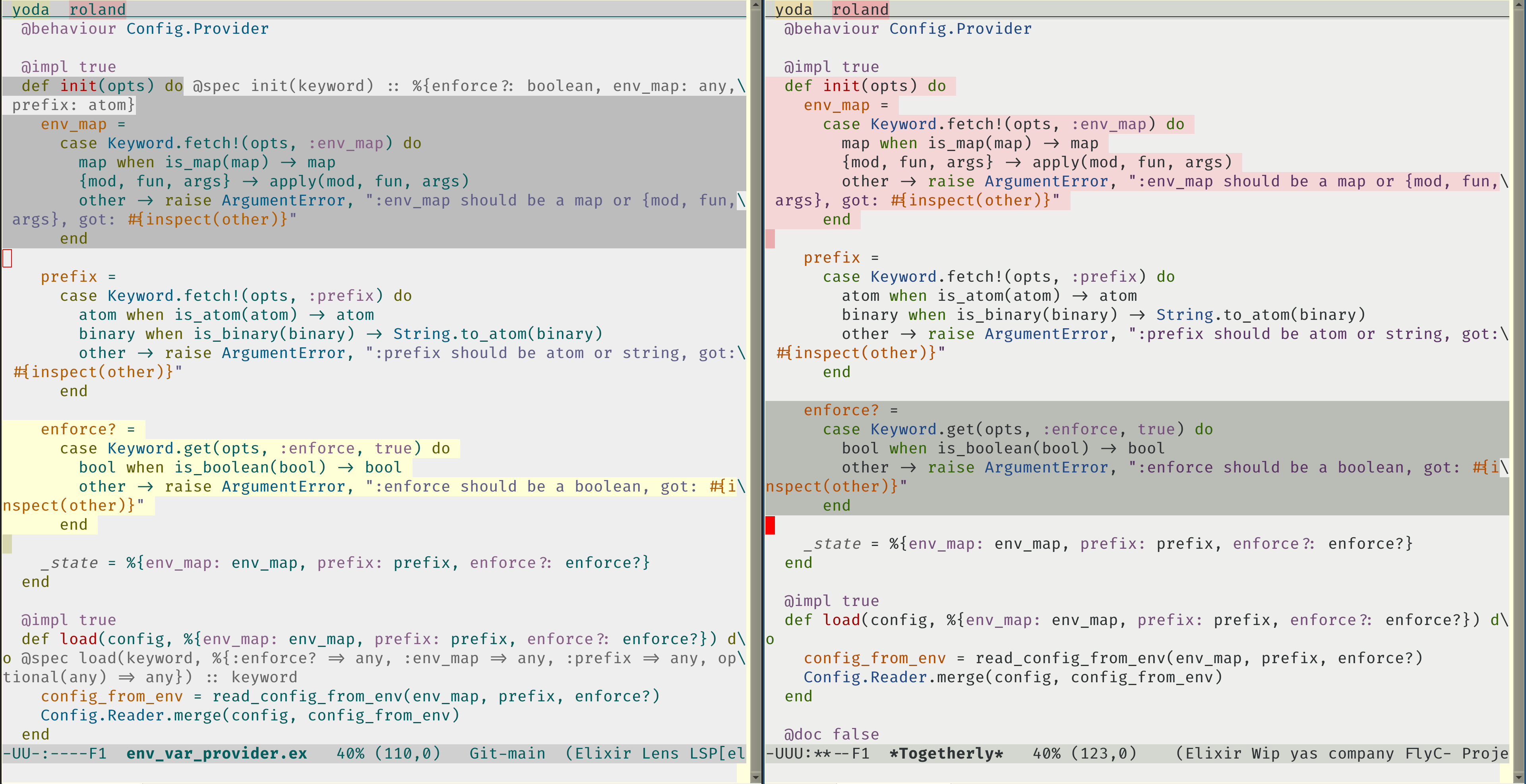 Means for now Geoff and myself and the other emacs enabled engineers will probably start to use togetherly and will see how far we can go with it.