Two weeks ago I got my second jab. I am fully vaccinated now. I am now in Germany to see my parents for the first time in 12 month.

Yes: It is finally happening! The pandemic (slowly, but surely) comes to an end.

Which creates (for some of us and for some companies) a big question: What’s the next step? What’s the path forward (e.g. from a organisational structure/development point of view)?. We all work from home right now (if we want it or not). Do we want to continue to work from home (double-down on remote-first)? Or go back to the office (revitalize a hub-first office culture)? Or go hybrid?

In a weird way (from a leadership and management point of view) going into the pandemic was easy, because there were not a lot of options. You just had to do what you had to do. It was less leadership that was required, but more crisis management. A lot of companies ended-up doing remote-first, not out of conviction, but out of necessity. Now the situation is different. It feels like there is no pressure to do anything and the temptation might be to play it by ear (or wing it), e.g. “let’s just open the office again (a little bit) and people can decide, if they want to come to the office or not”. There is no necessity anymore and without a conviction/opinion, there we will be no direction. And with no direction (and no idea where to go) it is hard to lead. Means you need a conviction. Without it moving forward can become difficult. Mainly because you run a risk to end-up with a hybrid model. And in my opinion that is bad. Let me explain … 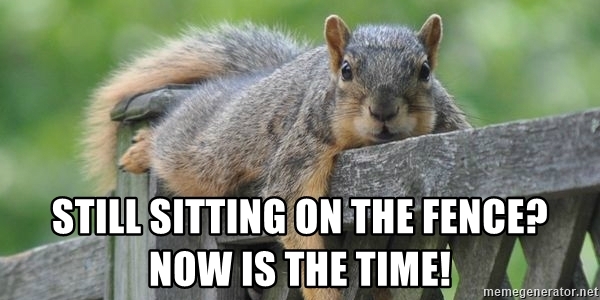 As discussed previously I actually like the hub-first model (80% of the people work from the office, 80% of the time) AND the remote-first model (80% of the people do not work from an office, 80% of the time (and there is no center of gravity/power that is associated with a location (e.g. there is no HQ and the leadership team is as distributed as the rest of the company))). I think/believe, if you do it right both of them can work (right now I am working to make Community the best remote-first organisation/company it can be(come))). At the same time I also believe that not making a conscious decision for one or the other and to end-up with the so-called hybrid model (where 50% of the people work from the office, 50% of the time) is a bad outcome, because you might not end-up with a solution, but with two problems.

Making people work together towards a common goal effectively and efficiently takes focus, energy, commitment and hard work. And the decision how to make that happen needs to be deliberate. Both models (hub-first and remote-first) have their advantages and dis-advantages. And you want to make sure you end-up in a situation where you enjoy the advantages and mitigate the dis-advantages (but as I said above that will take some focus, energy, …). The problem with the hybrid model is that you might end-up with the dis-advantages of both models without really being able to capitalize on the advantages of the hub-first/remote-first models and/or you end-up with a workforce that is silo-ed into the remote people and the office people and they envy each other for different reasons.

One other reason why it is (probably) important to NOT sit on the fence with this decision is that a lot of good engineers that I know like to work for one or the other, but not for a hybrid organisation (mainly because they have experienced that hybrid organisations are hard to work for/in). These days it is not uncommon that candidates actually ask, if you are a remote-first or hub-first company and what you do to make it work. Means being a well-oiled remote-first (or hub-first) engineering engine will help to attract talent (which also means that you cannot flip-flop between the two models, because you will loose the people who made the model part of their decision to join you).

Now (you might ask) this is all well and good for small start-ups, but how about larger organisations/companies? They have to do hybrid by definition, right? I would say, yes and no. First: There are companies out there who do remote-first with 1000 people and that is not a small company anymore, means you might be able to become bigger than you think (before you have to think about this). And second: I think it is the same discussion, just on a departmental level, means you pick a group of 200-300 people and you need to decide if they are working together as a remote-first or a hub-first department (and then you need to decide how to interface with other departments; but that is a much more solvable problem).

Last but not least, (I think) it is important to realize that what we have done in the last 18 month is not really remote-first (it is more like remote-isolation). Lot’s of people got exposed to working from home/remote for the first time during the pandemic and there might be perception out there that remote-first means that you do not see each other. That is not correct. Quite the opposite. Good remote-first organisation actually have a plan to bring people together frequently and also ad-hoc/on an as-needed basis (I normally tell people that running/building a remote-first organisation, because you want to save the cost for the office space is not a good idea/motivation, because you will spend what you save in office space on travel expenses).

Means … the way to go about this is to make a deliberate decision to be(come) the best remote-first (or hub-first) organisation you can be(come) and then put all the focus, energy, … behind that goal (in both cases there is a lot to learn and a lot to do before you can claim to have mastered the respective models).